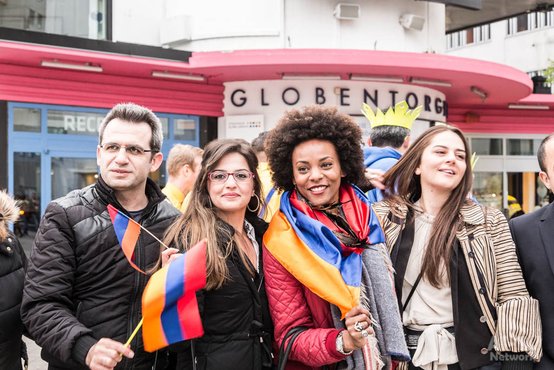 Artists in Sweden had to face a very tough competition at their local level called melodifestivalen, a process where artist are selected to represent the country at the Eurovision song contest. During melodifestivalen, a number of artists entered into the competition, just like the process in Eurovision, to get the final ticket and represent Sweden. A total of 28 artists competed during the 2016 contest and only one of them  suceeded to grab the ticket to represent the country. 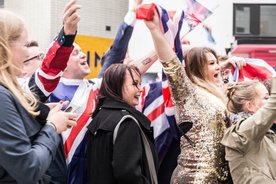 The Eurovision Song Contest took many European countries by storm, many travelled to visit Stockholm for the 2016 edition. 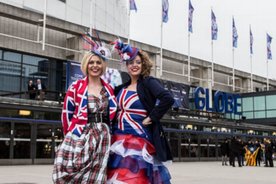 Fans gathered around globen wearing costumes and outfits to show support for their respective countires.

The competition was tough and we saw a huge support for some Afro-Swedish artists like the group Panetoz and also the artist with Afro-beats, Sahara with title kizunguzungu. Unfortunately for the Afro-Swedish, African fans and lovers of Afro-beats, none of their choices of music were selected. Instead the artist, Frank, with his song title, ‘If I were sorry’ took Swedish title to the Eurovision competition leaving behind Afro-Swedish  fans in Sweden weeping to have been represented at the European level.

The Eurovision song contest took place at Globen Arena in Stockholm and the event was broadcast live by the Swedish Television, SVT. The event which has become increasingly popular has attracted quite a huge number of views from around the world. In this year’s completion, 42 countries were running to grab the final trophy, including Australia. The contest had millions of viewers that this year also included China and the USA. The host country, Sweden saw their largest audience this year as the Globen Arena was jammed full of fans, artists, interest groups and music lovers. Ukraine’s contester emerged dramatically after a clash between Australia and Russia as the 2016 winner of the Eurovision song contest. 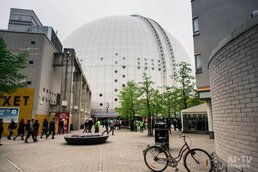 Fans, visitors and lovers of music and Eurovision

The theme for this year’s contest was Come Together. AI-TV Network went out to Globen Arena during the final day of the competition. The mission was to find out people's attitude about the whole process of Eurovision song contest. We talked to a number of people who came from around the world to attend the event. During the interviews, we got some different interpretation, mixed feelings and reasons why people came to Stockholm for the compertition. Amongst those who participated during an interview were patriotic citizens from Australia, Germany, and Sweden. 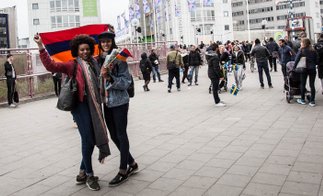 Natalie and her friend Florence from Germany came to Stockholm to give their support to their friend who is a contestant from Armenia.

She told us that they were friends and lived in Germany before moving to Armenia.

They were also joined by other fans from Armenia who were in Stockholm to support their contester. Natalie said ‘we came to Sweden today to show our support and wish for her to win the Eurovision 2016’.

Groups of fans from Sweden dressed in the Swedish flag were also supporters of the Swedish contester, Frank who was representing Sweden during the competition.

They were not sure if the contester from Sweden will win but they were there to show support to anyone who wins the competition no matter the country. 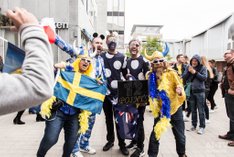 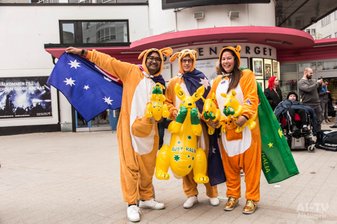 In another interview, Kata Skratulja also from Australia told us that they want to be part of the world, joining Europe and being part of the whole process. She also said they love music and that’s why they are showing their support to their Australian compertitor.

Martin and his friends from Berlin Germany, dressed in their uniform told us that they love Europe and love being together with other Europeans. They also said music was just one aspect of European togetherness that is why  they decided to show the love by attending the Eurovision song contest in Stockholm.

As the Eurovision is getting popular, Europe is getting huge attention and more countries are willing to get the test of the fantastic euro-feelings. Australia has already made their entry into the competition which of course is not a European country. The US is watching and the Chinese are now getting much interested in to the competition. Where are the other continents? Is there any measures to attract Africa into the compertition? These are all questions we need to think of but in a nutshell, the event as we noticed was about peace, love for music, togetherness and most likely Europeanization process. We will be bringing you more information about the next competition that will take place next year 2017 in Ukraine. 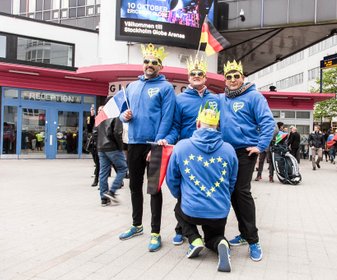 In another perspective of Eurovision, Ola Holmgren from Sweden dressed in a wolf costume, told AI-TV that Eurovision means everything for him. That he left Goteburg to Stockholm to show his support for music and togetherness with those from other European countries. He said he loves Eurovision because he only witnesses the event ones in a year and this year the event is in Sweden he is very happy to be part of the event.

Another interviewee from Sweden told us that she thinks Eurovision song contest is all about peace and everyone has the same rights no matter where they came from or whoever wins the competition. She also said she would like Russia to win and she is not sure about the Swedish competitor.