See the video below for his presentation and a live performace!

Alain Dekula Kahanga, popularly known as Maestro Dekula, is a Soukous-, African rumba-, Salsa- and Jazzmusician and guitar player based in Sweden.

He was born in Kivu province in the Democratic Republic of Congo and started playing guitar at the age of 16, while still in school.

Dekula later moved to Dar-es-salaam in Tanzania to pursue a professional career in music. During that time he played his music together with other professionals such as Chamwino Stars. With the great performances during the time with Chamwino stars, Dekula was called by Orchestra Maquis Original where he started becoming a well-known guitarist. 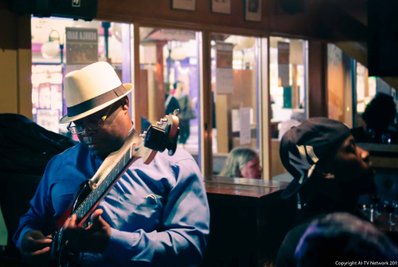 After all the attention he got in Tanzania, Maestro Dekula got sponsorship from a music producer based in Paris, Fataki Lusangi (Chika Chika). Dekula descided to move from Tanzania to London in order to work on a project with Fataki, a project wich required him to be present at the studio in London. They would work on recording music.

During the period of recording in London, Dekula had the opportunity to play with yet another African music band, Taxi Patapata. Together with this band they made several tours in the country promoting his talents as a solo guitarist and musician.

After the recording with Fatika was over, Dekula was invited to Sweden by an African music group, Mamamaluma, based in Göteborg to do some music. He later moved to Stockholm to meet Amadou Jah after playing in Göteborg for some time with Mamamaluma.

While in Stockholm, Maestro met with the leader of High Life Ochestra, Amadou Jah who convinced him to join his band. While excelling as a musician and his unique solo guitar style, Dekula got permission to operate as an artist/musician in Sweden. Together with other friends and band leader Samy Kasule, they formed a new band called Makunde Band. Together with the members of the Makunde band, they did some promotional tours around the world and there he became well known for his solo guitar performances.

Dekula Band plays Soukous music all over Sweden and at festivals abroad. The band continues to entertain fans around Sweden on weekends upon invitation.

Dekula occasionally travels across Sweden to do various musical errands and remains one of the most popular musicians within the African community in Sweden. 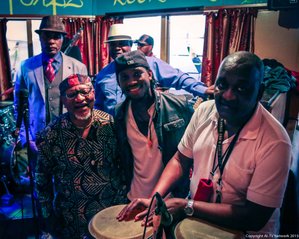 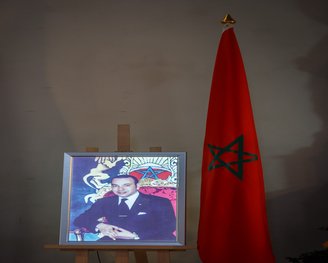 After these long years of experience, Dekula started making his solo career and released his first music album called Safari East Africa. Working hard on some recording and songs writings, Dekula released his second album called Sultan Qaboos. With his Swedish artist/musician permit Dekula felt confident and able at this time to form a band of his own. It did not take him long to gather a cream of good African musicians around Stockholm to form a band.

Today Maestro Dekula is a proud leader of the band named ‘Dekula Band’. It's composed of  a wide variety of members originated from Tanzania to Uganda, Congo Brazzaville, Angola, and Kenya.

Watch the video for his presentation

and a live performance