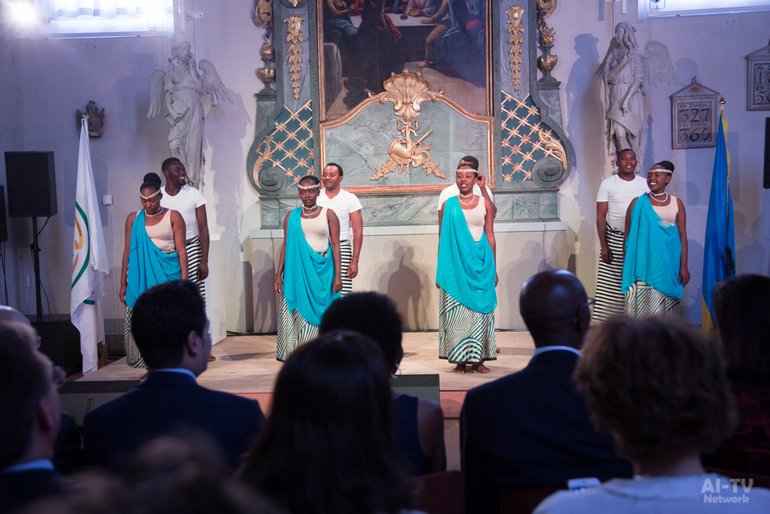 The 4th of July according to the Rwandese is declared ‘Liberation Day’, a day which is set aside to celebrate the end of their mourning period for victims of the genocide and the fall of 1994 Hutus genocide regime. The regime was responsible for the massacre of the Tutsis. The massacre took the lives of almost a million people including children just within 100 days. On this date, 4th of July, the satanic arch-villain and wicked regime was conquered by the Rwanda Patriotic Front.

The genocidal mass slaughtering of the Tutsis happened when the Hutus majority government rose up against the ruling Tutsis. They massacred all those who were against them. These killings only came to an end when the Rwandan Patriotic Front (RPF) rose up and vanquished the rebel groups who were liable for the killings.

They (RPF) latter took over the capital city, Kigali. This year, 2018, marks 24 years since the genocide ended. The country now has an annual mourning period which starts from the 7th of April and lasts up till 4th of July. The mourning period usually ends with a celebration. The 4th of July, the day when the regime was finally conquered is now called the ‘Liberation Day’, a day which marked the end of oppression, a day of peace, unity and happiness amongst all Rwandese and also the survivals of the genocide.

In Sweden the celebration was organized by the Embassy of Rwanda in Stockholm. The event took place on the 6th of July 2018 at the 'Historiska museet' in Stockholm. The ceremony brought together Diplomatic Heads of Mission, members of the Swedish government, the Swedish Ambassador to Rwanda, hundreds of Rwandese and friends of Rwanda. The event was marked with a speech from the Rwanda Ambassador followed by a spectacular live traditional music performance by the National Ballet of Rwanda, Urukererega and a traditional Rwandese dishes in the form of a buffet.

Clemence, who was born four years after the genocide happened, was asked what Liberation day meant to her and she said

"For me, this is a very big day. If that rebel army had not marched on Kigali, for sure my parents would have been killed and that means I would not be here."

After reading the two stories, the Ambassador said the Rwandese are now celebrating the ‘Liberation Day’ because the day ‘marks the end of the annual mourning period for the victims of the genocide against the Tutsi’. ‘We remember the victims from April 7 to July 3, we remember for a hundred days—the duration of the gruesome genocide’ she added. In her speech, she said ‘Liberation’ means a lot to the Rwandese people, Liberation means ‘Peace, freedom, Security and Hope’. She continued by saying that celebrating ‘Liberation Day’ the Rwandese pay tribute to those who lost their lives during the genocide and recognize the courageous armies, Rwandan Patriotic Army, who sacrificed themselves to liberate the country from the the satanic arch-villain and wicked regime.

The Ambassador concluded her speech by thanking everyone who attended the celebration. ‘As a country, we wouldn’t be where we are today if we hadn’t had friends, partners and well-wishers at our side’. 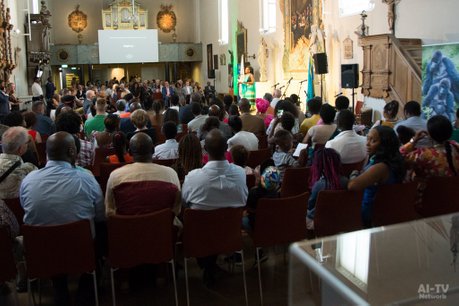 ‘I was filthy, covered with blood, smelling. I looked like a walking dead. I kept walking, calling for the killers to come and get me’.

The Rwanda Ambassador, H.E Christine Nkulikiyinka made a speech during the Liberation Day.  She started her speech by reading two testimonies from victims/survivals of the genocide.

One of them was called Adeline. She was only 19 years old when the genocide happened. Adeline in her story said she did not only witnessed her entire family wiped out but she was also raped by the wicked rebels when they got tired of killing and found them in their hideout. She only survived the genocide when she realized the Rwandan Patriotic Army had liberated the area. 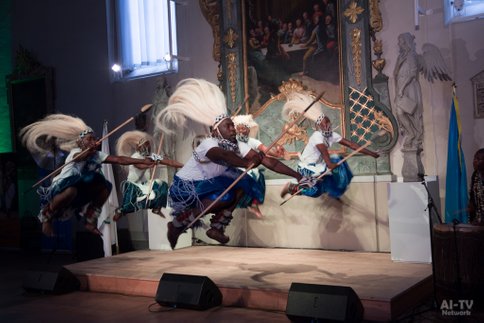 For the first time in Stockholm, National Ballet of Rwanda, the Urukerereza all the way from Kigali performed in Stockholm. They performed in a theatrically manner during the ‘Liberation Day’. The National Ballet also showcased the rich culture and tradition from Rwanda. The highly choreographic ballet’s performances were breathtaking. The group showed the integral part of the Rwandese culture and they represent the country in different events.

Rwandan traditional music is usually transmitted orally with style and the use of drums is also of great importance. During the event, there were some drums which produced heavy sounds and the singers at the side also producing the melody at some point with cow horns..

The group consisted of both males and females dancers. They were dressed in a stylish, colorful and beautiful handmade fabric with fancy trimmings. The dancers had to change their clothing between the different songs.

The women danced in a ‘slow motion’ manner with the movement of their body and stretching their hand, a sideways movement of the head, their smiles just like doves during courtship. These movements could be linked to the popular gracing animals in the country. The male dancers displayed the qualities of warriors, agility strength with their roaring voices when they sang. Their different regalia, holding spears, stylish headscarves and their vocals gave the audience a reminiscent of the lion. Some of their songs involved both male and female dancers. A combination of the slow hand and head waving motion from the females and the brave agility and warrior composure from the males the ballet could best be described as the dance of courtship. The Ururereza dance troupe’s performances during the event left the audience with cheers and rousing applause. 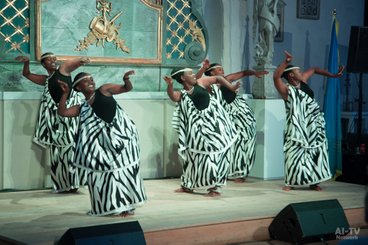 This memory she added was also for their (Rwandese) children, relatives and friends who came ( to the ceremony) to remember and to rejoice that the genocide has finally stopped. She said 'it was just a coincident that I happened to be in Sweden and I was happy to attend the ‘Liberation Day’ in Stockholm'. At the event she added that they (with friends) had a really good evening with speech from the Rwanda Ambassador who looked at the past but also the progress in her country, the importance of unity and reconciliation.

The Ambassador also said 'what I will always remember is the amazing traditional dancing performances from the National Ballet of Rwanda, the Urukerereza'. She stressed that although she had seen the ballet dance many times on several occasions in Kigali, the group's performances in Stockholm was really breathtaking. She added that 'the crowd was so excited and the dancers were full of energy, emotions and joy at the end of the performances'. In a nutshell the ambassador said it was a wonderful event to remember.

Below are some photos from the event. 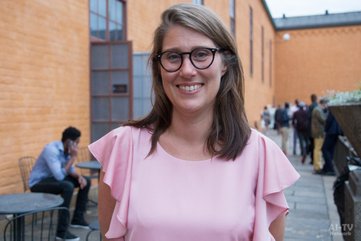 The Swedish Ambassador to Rwanda H.E Jenny Ohlsson told us that she attended the beginning of the commemoration period in Kigali, a period when the Rwandese remember the genocide, the victim, lessons learned and how to move forwards. She added that the first day when the mourning started, people were sad and lots of painful memories were brought up. The Ambassador said she thought it was very necessary for them to remember the past but also very good to look forwards and rejoice to progress.

The Ambassador in her own words described the celebration in Stockholm as 'one with lots of happiness, joy and people, (Rwandese), who attended the event, had their own memory for the ‘Liberation Day’'. 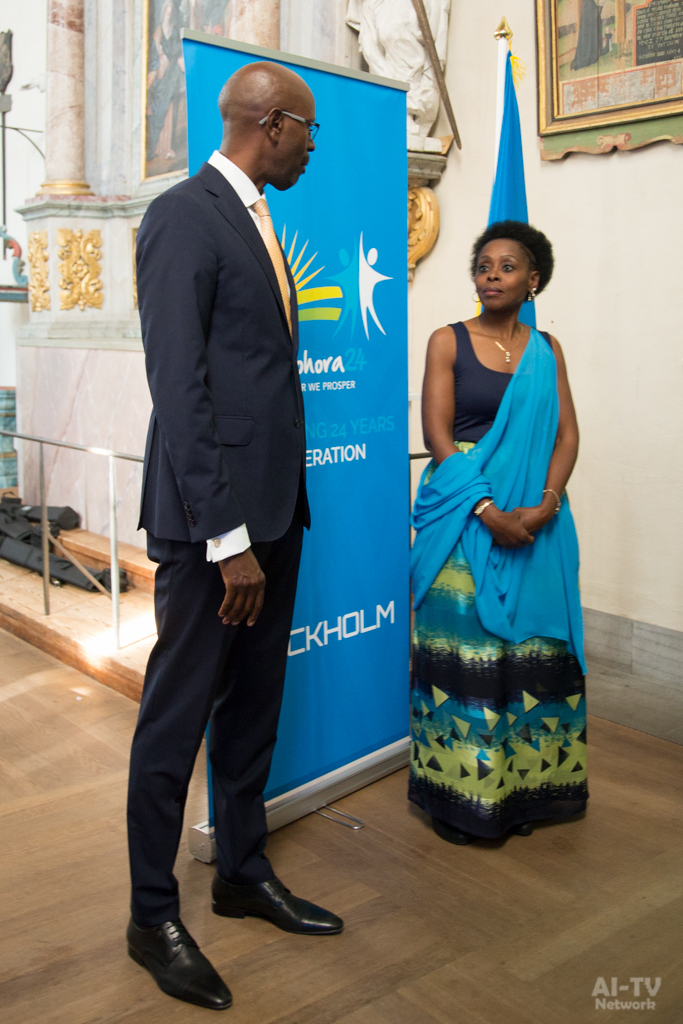 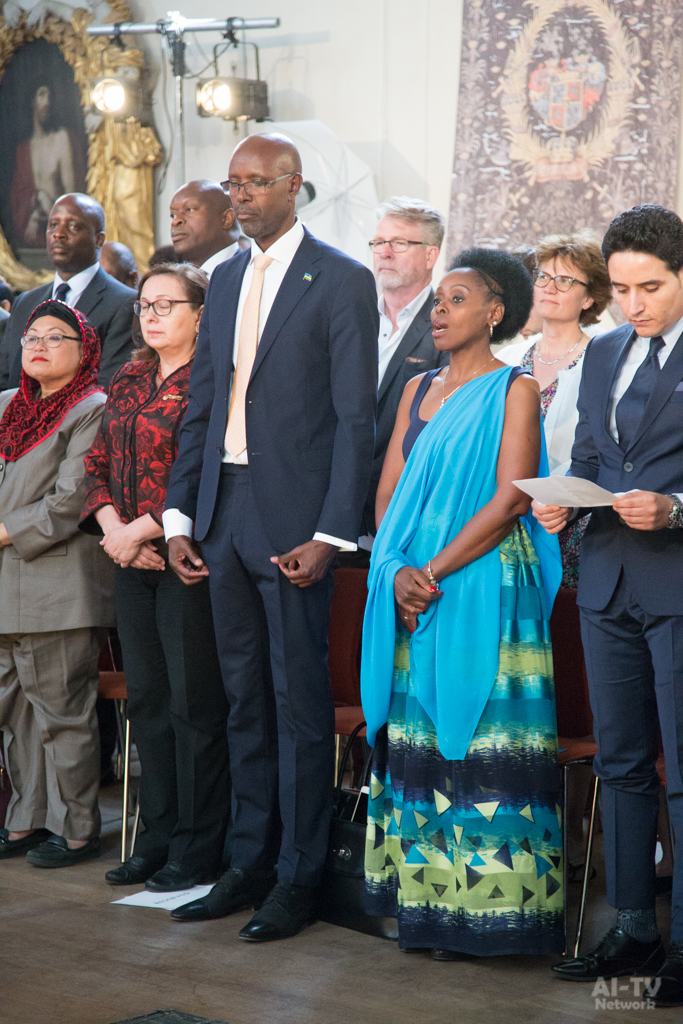 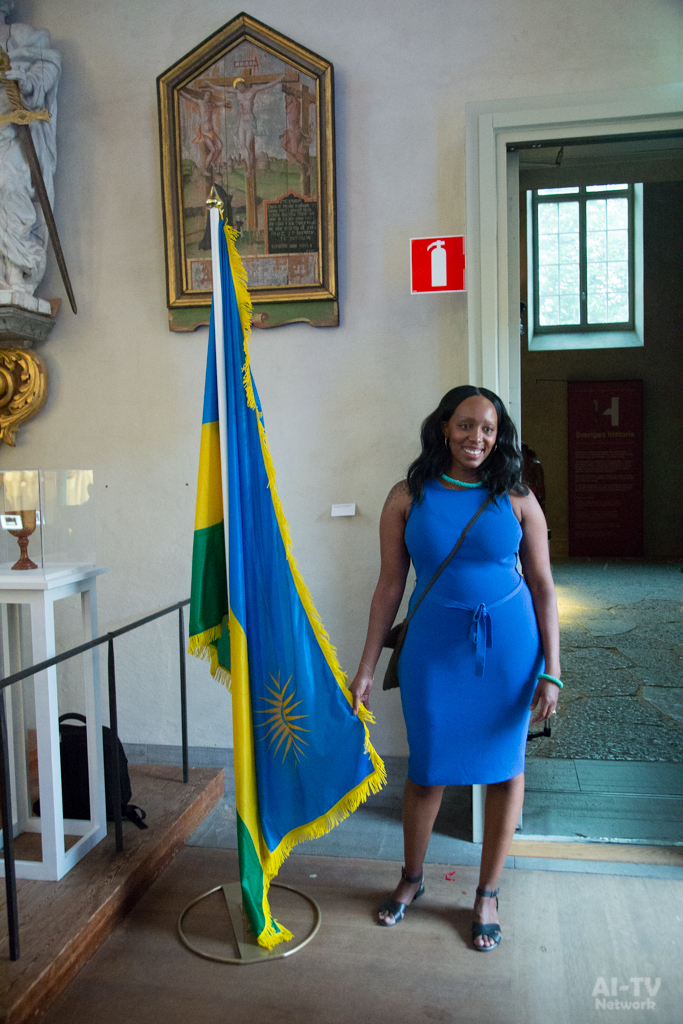 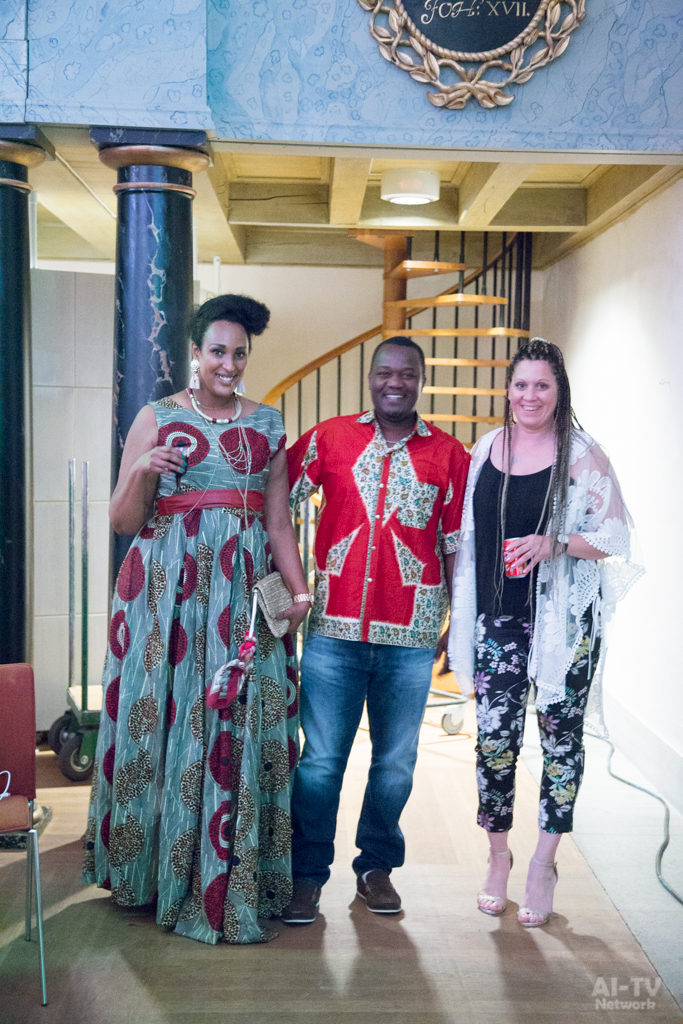