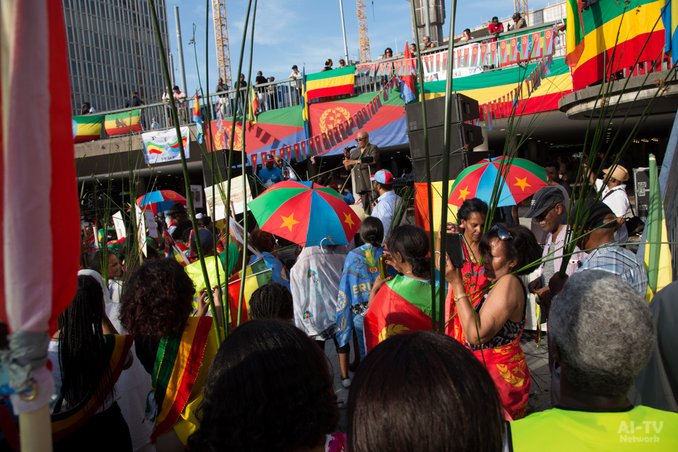 For over 20 years Eritrea and Ethiopia had been in a serious conflict over their border that seemed to be irresolvable. The conflict has claimed the lives of approximately 80.000 people from both countries and millions displaced. But the recent appointment of the Ethiopian Prime Minister, Dr. Abiy Ahmed, who only came to office in April, 2018 has been the one who spearheaded a peace process between the two countries.

A potential turning point for the conflict came when the leaders from Eritrea met with their counterpart from Ethiopia for their first talk since the conflict started. They, Ethiopian Prime Minister, Dr. Abiy Ahmed and the Eritrean President Isaias Afwerki signed a ‘peace and friendship’ agreement on the 9th of July in the Eritrea’s capital Asmara declaring that the era of war between the two countries was officially over. The Eritrean President, Isaias Afwerki also made a historic visit to Ethiopia a week latter where he was welcomed by his counterpart from the Ethiopian government which also signified a new era of peace and friendship between the two countries. The signing of the peace deal and visits was also an indication of companionship and the resumption of their diplomatic and commercial ties that separated the countries for over two decades.

Today, not only families at home and abroad who were long divided by the conflict are in a great sense of jubilation, but this historic peace deal and camaraderie between the countries has also received a broader approval from the international communities. Economically roads has been opened for trade, flight resumption from Addis Ababa to Asmara with Ethiopian airlines, Embassies open on both countries signifying an optimism for friendship between the two countries. Other news sources like the BBC report show passengers with tears of joy and handing of roses to passengers on the first direct Ethiopian Airlines Flight that touched the Eritrean soil after twenty years.

In Stockholm Sweden a peace manifestation took place between people from the two countries, Eritrea and Ethiopia living in Sweden. The event was organized by members of the Eritrean and Ethiopian organizations in Sweden. Thousands of people answered present to show their solidarity, peace and love for each other on a bright sunny day, July 17th at Sergels torg, in Stockholm. The call for the manifestation came just days after the leaders of Ethiopia and Eritrea signed the peace agreement. The place was full of people from both countries with t-shirts carrying their two leaders, flags, umbrellas, placards with the sign of peace, speeches, live music and dancing for peace. People from the two countries were seen giving hugs to their friends with whom they lived as anemies for twenty years. Attending the manifestation were also members of the Diplomatic Mission from the Embassy of Eritrea, especially chargé d’affaires Yonas Manna from the Eritrean Embassy in Stockholm and the Nordic countries who gave a talk in their native language Amharic.

Yonas Manna, Chargé d’affaires at the Eritrean Embassy in Stockholm told us that after a brief peaceful time between Eritrea and Ethiopia, 1991-1997, war broke up and the Ethiopians claimed it was a border issues. He said ‘this was a very destructive war that took the lives of thousands of people on both sides of the border’. The conflict has been going on since 1998 as he said but ended now with a very surprising action by the both leaders of Ethiopia and Eritrea just last week, he added that with the visit of the Ethiopian Prime Minister to Eritrea, and also the visit of the Eritrean President to Ethiopia. He told us that 'this was a peace agreement between two nations without any third party, no media and no international community involved'. 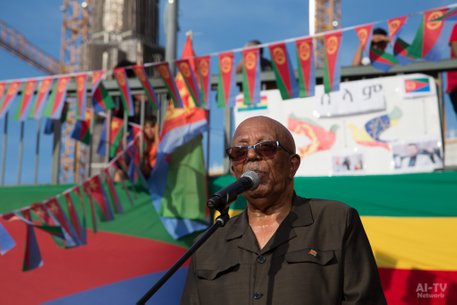 'These visits culminated into a peace process', he added and the process has already started with connections between the two countries like Ethiopian airlines doing a historic landing in Asmara with the Ethiopian Prime Minister onboard, the Eritrean Embassy re-opening in Addis Ababa with both the President of Eritrea and Ethiopian Prime Minister present, roads leading to both countries have been cleared from hindrance and its going to be ready for transport between the who countries. He told us that on the economic scale, some percentage of the Eritrean National Airlines has been bought by Ethiopian Airlines which will give a positive result in to cooperation between the two nations. Ports and roads are open, he added and the way to the future is very bright (for both countries).

Asking his personal feelings in connection to the peace deal, in his own words, he siad that ‘a person who hasn’t experienced war and destruction cannot appreciate peace’. He added that he appreciated the peace agreement very much and ‘thankful’ for the wise leadership in both Ethiopia and Eritrea who saw the suffering of the people for such a long time and decided to make peace, and now peace is going to stay (between the two countries). 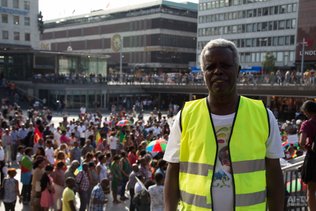 Ndale Katafur from Ethiopia told us they (Ethiopians) had a long standing relation with Eritrea but latter on problems arise and some people from Eritrea were not satisfied how things are run in Ethiopia and they started a gorilla war, which eventually lead to conflict. Since then he continued that the two countries were not in good terms and also with their border clashes which also took about 70000 people’s lives from both sides, which was a great loss he said. Since then the two countries were in bad terms, propagating dislike, supporting fractions, opposing governments on both sides and actually they (the two countries) were in bad shape. He said because of the coming to power of the current Ethiopian Prime Minister Dr Abiy Ahmed changed the whole picture of the conflict.

He (the Ethiopian Prime Minister) starting proposing a negotiation with the current President of Eritrea Isaias Afwerki which ended in a mutual visit to each other’s country. He said this visit made by their leaders signified that ‘peace was established between the two countries’. He added that there were a lot of plans which are going to be carried out, negotiations which will lead to good collateral development (between the two countries).

Abere Adamu is one of the initiators and organizer of the peace manifestation. He is originally from Ethiopia and also the chair person for Ethiopian society in Sweden. Talking to him during the event, Adamu told us that the demonstration was a support to the peace agreement between Ethiopia and Eritrea. He added that the Ethiopian and Eritrean societies discussed and came to a conclusion that they should come out and show solidarity for peace between their countries ( Ethiopia and Eritrea), also that they were relieved from the conflict and will show their support (for peace) here in Sweden. He also said the two leaders (Ethiopian Prime Minister, Dr. Abiy Ahmed and Eritrean President Isaias Afwerki) have met in Addis Ababa and Asmara.

Below are some photos from the event 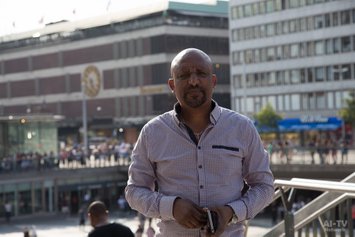