AI-TV Network organized the Africa Festival, for the first time in Huddinge, with Music, Fashion and Achievement Awards. The festival took place on the 17th of November 2017 at Huddinge Gymnasium, Aulan.

The aim of the festival was to celebrate the multifaceted character of Sweden's African Diaspora. As such, it was a platform for the Swedish African Diaspora to exhibit its talents in the fields of Music and Fashion. The event also aimed at recognizing Africans engaged in exceptional Humanitarian and other efforts, both in Africa and Sweden. But above all, it was a forum for Social Networking and Fun.

The event started with a brief welcome speech by AITV’s Ralph Tafon, who introduced the Network and event’s raison d’être.

The Deputy head of Mission of the Embassy of the Kingdom of Morocco in his speech, he personally thanked AITV Network for their unprecedented initiative. 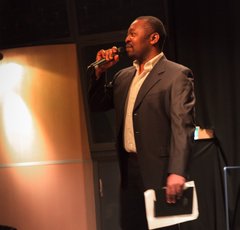 Certificates of Recognition and Trophies were designated to the laureates in the following categories:

Peagie Fobay Neé Woobay, for her relentless assistance to young mothers in Sierra Leone through her foundation, Peagie Woobay Scholarship Fund (PWSF). Her award was handed to her by the Ambassador of Botswana. 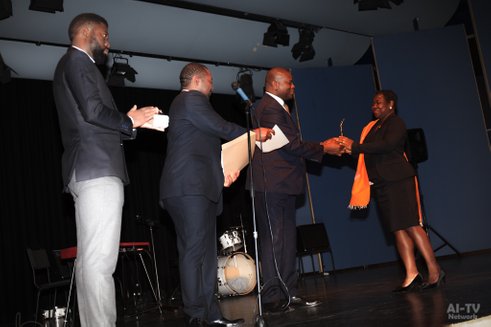 Celso Antonio Paco, for his continuous reification and preservation of African cultures through music. His award was handed to him by the Deputy head of Mission of the Embassy of the Kingdom of Morocco. 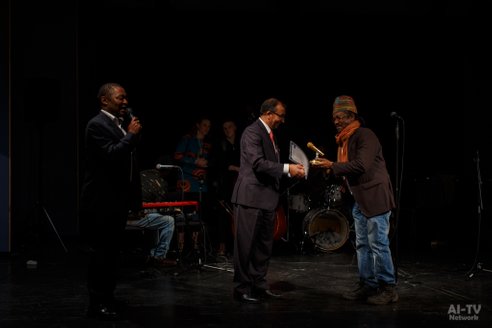 Mano River Union Social and Athletics Sweden, for strengthening the social cohesion of Africans in Sweden through sports. The award was handed by the Deputy head of Mission of the Embassy of the Kingdom of Morocco 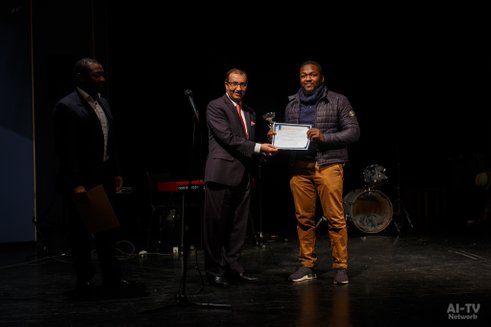 A segment during the festival was set aside for traditional fashion clothing from Africa.

On the spotlight were models from Morocco (displaying Moroccan traditional Caftan), as well as those from sub-Saharan Africa in general (showcasing different designs by Africa Fashion Week Sweden). 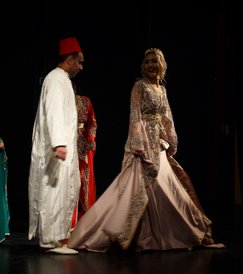 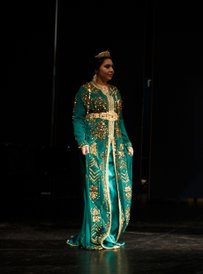 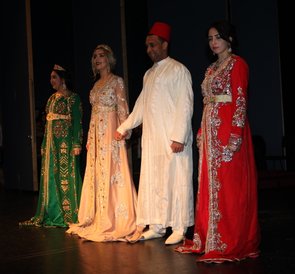 Performing groups were all Swedish-based, but drawn from the North, West, East-Central and Southern Africa. The reason for this was to give the audience a taste of both the richness and diversity of the continent’s musical tradition.

(Guinea Conakry) Fanta and her traditional dance group opened the scene. With their extraordinary drums and dance style, Fanta and her group presented a typical Guinea traditional dance during the festival. Her group had a huge admiration from the audience. As a dance teacher, Fanta made many exciting moves during her performance and latter asked if there were people who wanted to try their traditional dance style. Within a minute, the stage was occupied with her fans that were ready to dance with her. Fanta instructed her fans to follow her moves which became an instant chorography for one of her tracks at the event. Her traditional music was one of the most admired music during the event

(South Africa) and her group, Madiba Jazz Ensemble enflamed the dancefloor and the audience with several tunes reminiscent of past and present Afro-jazzy glories.

A touch of music with inspiration from some famous South African musicians like Miriam Makeba during was brought in by Madiba Jazz Ensemble. The group began with their signature tune to get the audience attention. This first moment, Madiba Jazz played their brightly articulated instruments with their lead singer slightly moving her feet and synchronizing all instruments together in addition to her sharp voice, danceable song during their performance left most of their fans on their feet as well and others were left in wonderment. The highly talented musicians in the band got an enthusiastic response especially from the diplomats who were present during the event. 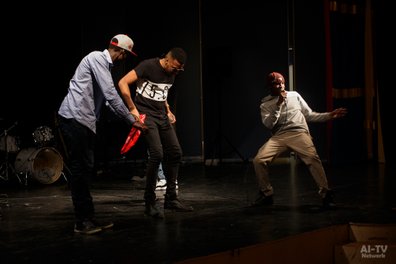 (Morocco)  The Gnawa Heritage traditional musical band with origin from Morocco also made their appearance during the event. The musicians brought in some typical handmade Moroccan instruments (bass guitar and clappers). The unique instruments coupled their voices left the audience wandering how they could use it in combination to produce such an inflection. Their melody was so charming so much so that one of their fans, probably from Morocco went up the stage and assisted them in playing the instruments. She helped with playing one of the ‘clappers’ and contributed in singing with them. The crowd also chanted in the Moroccan dialects showing their support for the artists. 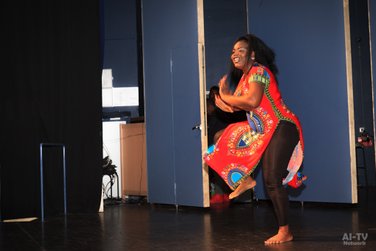 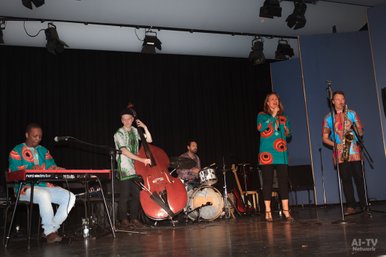 (Sweden) Afro hip-hop artist from Stockholm Sweden performed along side C.i. with whome they usually sing together at different events in Sweden.

Kaybee’s group’s performance during the event was magnificent. Their entrance song was vibrant, charming and the young, energetic Afro-Hip-Hop singers’ moves created a different atmosphere in the room than those from the other musicians. He and his co-singer ‘C.i’ decided to change the mood of the festival with their hot music tracks that brought the audience to hand waving and in a dancing mood. Calming down the crowd, Kaybee and his co-singer ‘C.i’ brought in even a reggae tone which reminded the audience of the popular African reggae singers likes Lucky Dube. After this cool moments, the singers once more brought in the latest single, Det gå bra nu, meaning its going well now, where most of his fans started going up to meet him on stage before leaving. At the end, he thanked everyone especially his fans for the support. 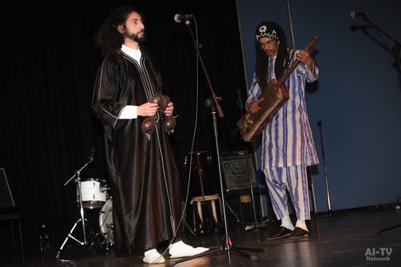 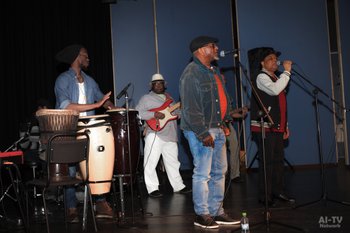 (Congo) A Swedish based Congolise dance band with band members drawn from different African countries performed their popular soukous music during the festival.

The group closed the event with their popular sound tracks that drew everyone's attention and most people were eager to go up stage and dance with them.